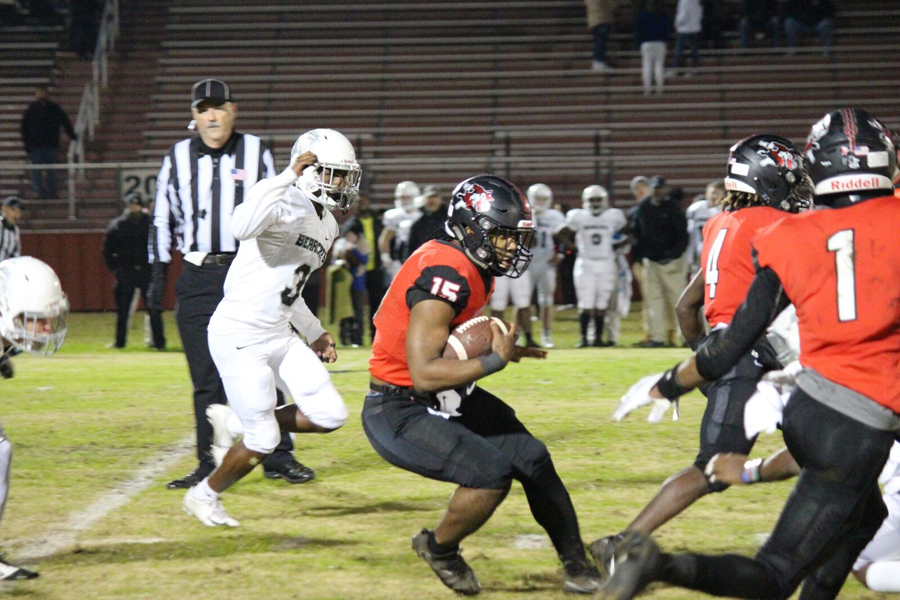 The Hartsville Red Foxes completed a sound defeat of the Brookland-Cayce Bearcats this past Friday night at home to advance to third round of the 4A football playoffs, but the path to that victory was anything but sound.

“The playoffs, it’s about surviving and moving forward,” Hartsville head coach Jeff Calabrese said. “I certainly don’t think we played our best football, but you have to find a way to win the game and that is what we did tonight. We’re fortunate and blessed to have another week and hopefully correct some mistakes to be better. We can’t keep playing this way and expect to win, but we found a way and that showed some character and I’m proud of that.”

In actuality, it was as if the Red Foxes took on the persona of Dr. Jekyll and Mr. Hyde on their way to a 68-35 victory. 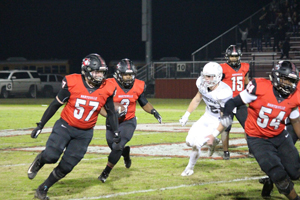 “In the first half I don’t know if we could have played much worse and the kids had to look themselves in the mirror and decide what they wanted to do in the second half,” Calabrese said. “The second half wasn’t perfect; we still turned the ball over, we still shot ourselves in the foot, we still made some bad decisions both offensively and defensively, but we found a way to have more than they had.”

Hartsville committed five turnovers in the game and the Bearcats capitalized, turning four of those five turnovers into touchdowns. Three of the four scores came in the first half, propelling Brookland-Cayce to a 28-21 lead at the half.

Down, but not out, Hartsville came out explosive in the second half, outscoring the Bearcats 47-7. Trailing by seven to start the third quarter Dariyan Pendergrass tied the game up with a five-yard touchdown at the 7:23 mark, and from there the Red Foxes’ offense began to pick up steam. 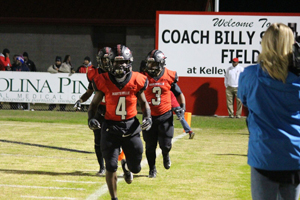 After trailing for over two quarters Hartsville finally took the lead a minute and 20 seconds later when quarter Tiyon Evans’ connected with J.D. Pendergrass for a 37-yard touchdown on just a one-play drive and never looked back.

On Hartsville’s very next possession Evans showed off his playmaking ability again, running in from 51 yards out for the score on another one-play drive.
But with the good comes the bad and with a player like Evans that is just something a team has to accept. While Evans finished the night with three rushing touchdowns and two passing touchdowns, he did throw two picks, one that was returned for a touchdown, and fumble once.

Hartsville is not a one-man show, however, as the Red Foxes have a stable of backs that are more than capable of producing and did produce against the Bearcats. Dariyan Pendergrass had two scores while Collins Bishop, Lacy Josey and Darian Mcmillan each had one.

Defensive end Demonte Capehart even joined in on Hartsville’s scoring action, recovering a Brookland-Cayce fumble and returning it 85 yards for the touchdown with just 2:30 left in the game.

Hartsville takes on North Augusta at home this Friday with the winner advancing to the lower-state championship game.