Home » News » aula’s Journey:  An uncommon passage down the river of life

aula’s Journey:  An uncommon passage down the river of life 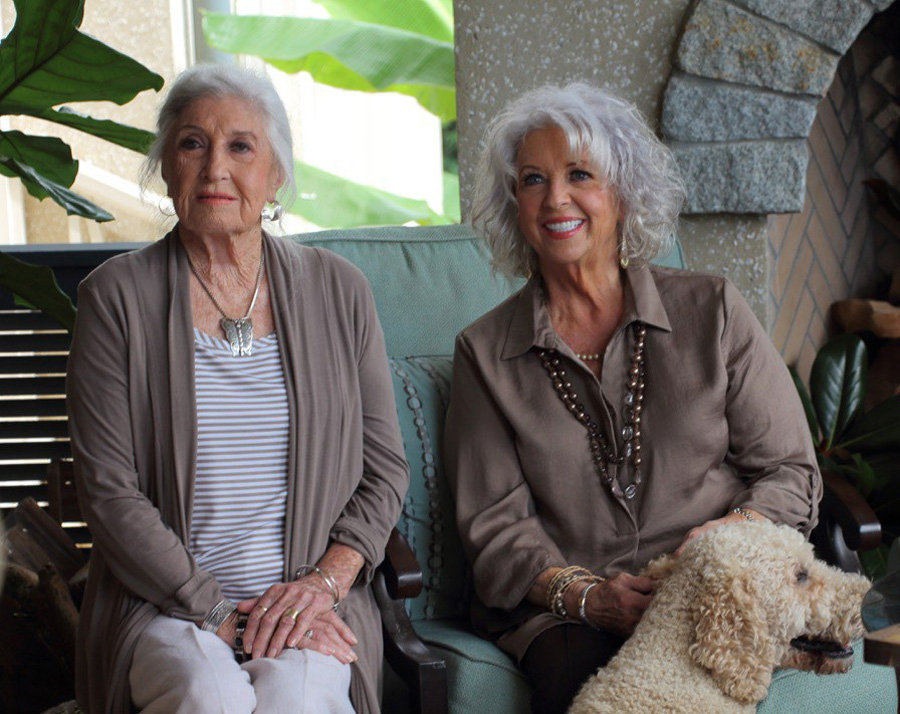 This anxiety disorder makes you fear and avoid places or situations that might induce panic and feeling trapped, helpless or embarrassed.

She fought it off, however, and in the mid-1980s went to work at an Albany bank. Then one Friday she worked a branch in a rough area.

That day a bank robber wearing a green mask held a gun to her head and she relapsed.

So, when Deen’s husband moved her and the boys to Savannah 30 years ago, it wasn’t a happy time. “I thought my life was over. It. Was. Over. I was on the tail end of a 20-year ride suffering from agoraphobia. When he moved me here, I thought, ‘Well, I’ll never see my little bit of family or friends, cause I’m not leaving the house.’ ”

Paula retreated to her bed for two months, then one day something wondrous took place.

“It was like a miracle, Tom. I can take you to the little house over there on East 60th Street and show you right where I was standing when the Serenity Prayer went through my head.”

It was a prayer Paula had heard for years but that morning it clicked. “It made sense what I was supposed to be asking God for, so that morning I accepted my mother’s death, my daddy’s death, my death. I said, ‘OK, God gave you today; there are no guarantees of tomorrow. You go out and live it, girl.’”

For 28 years Paula had been wed to her children’s father but she realized she couldn’t fix what was wrong. (God grant me the serenity to accept the things I cannot change …)

“I started trying to figure out how I could stand on my own two feet. How I could make my own decisions.” Her husband gave her $200 for her income tax return and she started a business called the Bag Lady. “My sons pitched in, and the rest is history.”

Paula refers to these changes in fortune as God winks. “We have been so blessed you know, and for my children to follow me. You see sons following their fathers all the time, but you don’t usually see them following in their mother’s footsteps.”

Cooking and the kitchen proved therapeutic those twenty years Paula was on that ride.

“Some days I was a functioning agoraphobic, like you hear of a functioning alcoholic. But those twenty years I fell in love with my kitchen, and of course I come from a line of fabulous Southern cooks. Grandmother and Grandfather Paul, my Aunt Peggy’s mother and daddy, were in the restaurant and lodging business, and my grandmother was one of the finest Southern cooks you’d ever meet. She made my granddaddy his first real dollar with her food. She taught me so much of what I know. I’d say, ‘Ok, Grandma, show me, teach me—everything.’ And she was a woman of substance, just like my Aunt Peggy.”

As her agoraphobia faded, Paula ventured out. “I’d go farther and farther and a little farther. And I just fell in love with Savannah. She’s such a romantic city. Savannah has it all. She’s got your arts, your education, your history, and of course the beaches. It’s really got it all.”

From the kingdom of peanuts and pecans she found herself in the city of gardens and twenty-two green squares. She found herself as our fellow Georgian, James Dickey, wrote, in a place where “the food is wonderful and unique: she-crab soup, red rice, shrimp or oyster pilau.” Paula had reached the sea.

Today, she lives alongside the Wilmington River, a tidal river, and tidal rivers surge and ebb, and rise and fall as the moon pushes and pulls on the tides—just like life.

She named her house “Riverbend” as a tribute to her grandparents for where would she be without family. Aunt Peggy stepped in and took her mother’s place. And back when Paula was building her business, at the eleventh hour Aunt Peggy let her use a CD as collateral to finalize the lease on her restaurant in Savannah’s historic district. “While I was at the Best Western I saved every penny I could and I saved up $20,000 to be able to get us downtown because I felt like our food is a part of our history, and I felt like my restaurant needed to be in the historic district.

“I’ll never forget my Uncle George called me. He was the rock of our family, a self-made man, an incredible man. ‘Ok, Paula, your Aunt Peggy is going to let you borrow a $25,000 CD for the bank to hold for collateral.’ I paid it off in a year. So, even though she never gave me any money directly, she allowed this to happen because without her, I don’t think they’d ever gone along with me. She’s my mentor, she’s my hero.”

Looking back on it all, Paula remembers when she had just three pair of shoes. “When I was on East 60th Street, I had tennis shoes, black flats, and black heels. I was 42 before I realized that nobody was going to come bring me anything.” She looked around where we were sitting. “Honey, I never dreamed that when I took that $200 I would have wound up here. Aunt Peggy has never given me a dime but I’ll tell you what—she helped make this possible because when I was in the Best Western I spent five of the hardest years of my life. I was required to cook three meals a day seven days a week. My sons were by my side. They worked hard everyday, and without them wouldn’t be where we are today.”